For the benefit of those that don’t tweet or indeed have missed some of the many tweets which we have sent out on @famineeviction we are going to share some through the blog. Much like the call for information which we issued in September 2016, engagement through twitter has provided very useful information which enables us to understand the nature of famine eviction particularly at a local level. Here is a sample of some of the material which was recently uploaded to the twitter page:

Historian TP O’Neill writing in the Irish Press in 1960 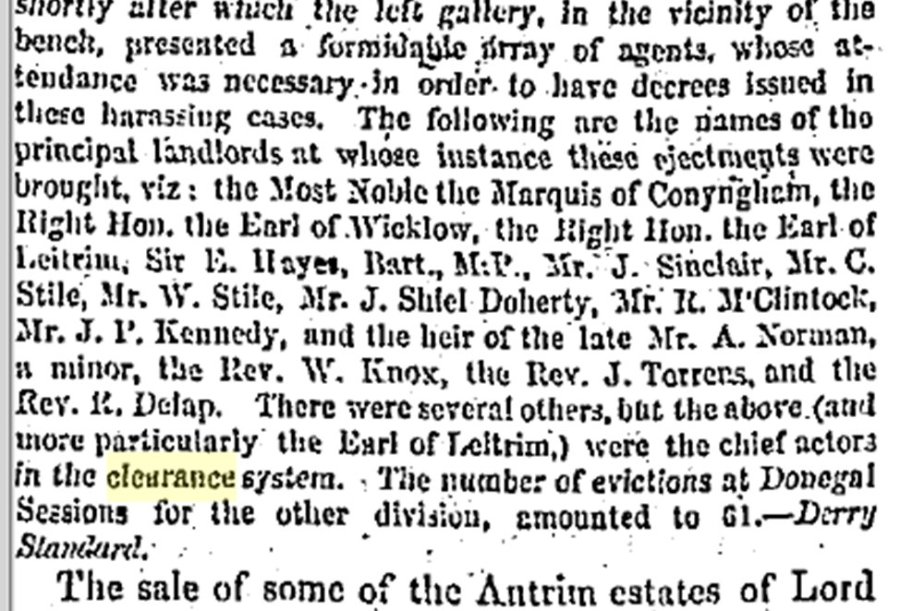 The Anglo Celt newspaper, January 1851 reporting about the clearance system in Donegal